Houston parishioner stood her ground on train by staying seated 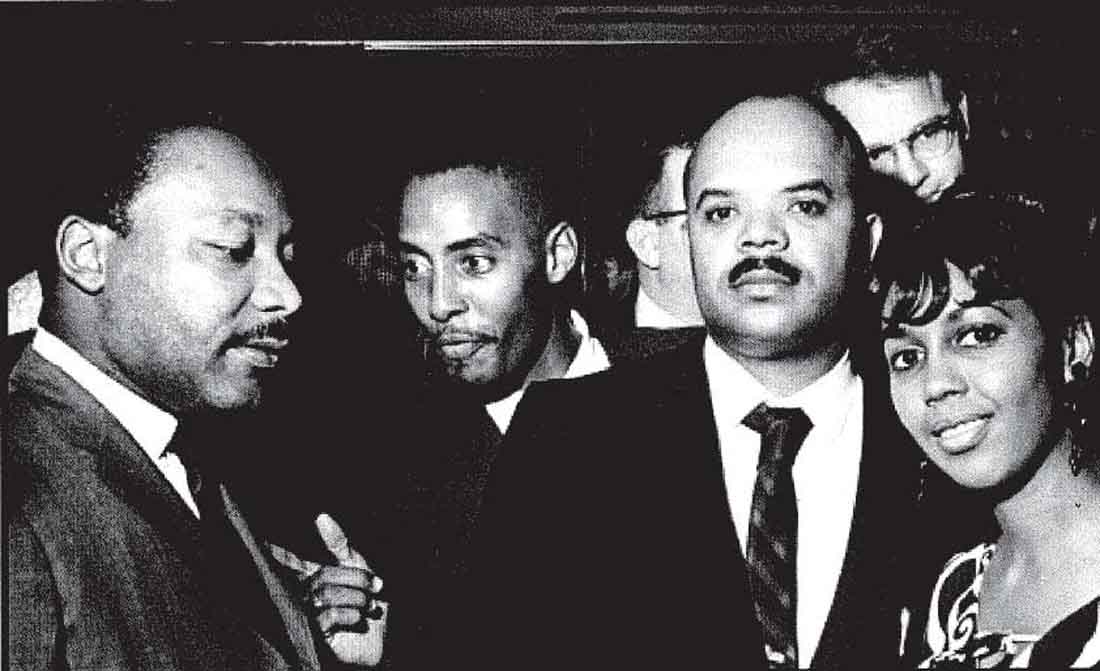 HOUSTON — Gertrudejane Holliday Stone, a Houston parishioner of St. Mary of the Purification Catholic Church, was a Freedom Rider even before the term was coined.

During Black History Month, the octogenarian recalled when she was just a 21-year-old college senior at Fisk University, a historically black university in Nashville, in 1955 studying to be a teacher.

She looked forward to Christmas break while riding on a passenger train from Tennessee back to her family’s home in Houston. Then a white conductor told her to move from her train seat and go back to a “Jim Crow coach.” Jim Crow was a racist term derived from a white theater character wearing black-face that was generally used to describe racial segregation laws.

Most people now have heard about Rosa Parks in Montgomery, Alabama, who was arrested after refusing to give up her seat on a municipal bus that very same month and year — Dec. 1, 1955. But that catalyst was not yet widely known when Stone was told to move.

The conductor then brought in the brakeman to add his voice in telling her that she needed to move as the journey moved farther south into Louisiana. When the train stopped in Lake Charles, Louisiana, a city police officer came aboard, threatening to arrest Stone.

“So then I had three Caucasian men standing over me telling me I had to move. They took my luggage and my coat, but I was holding my purse tight,” she said. “I didn’t cause commotion with loud talking. I let them do the loud talking.”

Just a few weeks earlier, on Nov. 25, 1955, the Interstate Commerce Commission (ICC), a federal agency that regulates railroads and other transporters of goods, banned racial segregation on interstate buses, train lines and in waiting rooms.

“So there I was, barely out of my teens, defying on a national level, the federal train system not following its own law. I told them that I was interstate commerce,” she said.

Finally, two other men arrived, whom Stone said may have been railroad detectives, and spoke quietly to the group of men and they dispersed while she stayed in her seat until arriving in Houston.

“I maintained my composure during that whole time,” Stone said. “But when I was in the arms of my mother and father meeting me, I melted into tears with the stress.”

“They were upset but proud of me for standing my ground by staying seated,” she said and chuckled.

But while Rosa Parks’ arrest in 1955 led to a national spotlight as a Montgomery Bus Boycott lasted for more than a year, Stone’s stance serves as a brave individual persevering in protecting her rights.

Then in 1961, Freedom Riders, groups of white and African-American civil rights activists, took bus trips through the American South to protest segregated bus terminals that court rulings had found unconstitutional. Freedom Riders tried to use “whites-only” restrooms and lunch counters at bus stations in Alabama, South Carolina and other Southern states.

The groups were confronted by arresting police officers — as well as horrific violence from white protesters — along their routes, but also drew international attention to the civil rights movement. During the turbulent 1960s, both Mrs. Stone and her husband met national leader Martin Luther King Jr. when he visited Houston.

“He was an extremely good and religious man,” she said of King.

Upon Stone’s college graduation, she continued serving the Houston community in several capacities, as a teacher, wife married to John Stone, MD, the first African-American physician at St. Joseph’s Hospital, and mother of three children.

Her decades of voluntary service included being the first African-American woman to chair the City of Houston Library Board appointed by Mayor Fred Hofheinz, parish council member at St. Mary of the Purification, advisory board member of the Alley Theater and Lady of the Equestrian Order of the Holy Sepulchre of Jerusalem, the highest honor bestowed upon a Catholic layperson by papal invitation.

“We need to continue praying for this world,” she said. “We are still in a bad place and need to pray to change the hearts of people. We all need to have hope for the future.”

Stone said she may mention that need for prayer when she flies to Washington, D.C. later this month by presidential invitation to attend a White House event celebrating Black History Month.