Houston lagging behind other cities in Census participation amidst pandemic 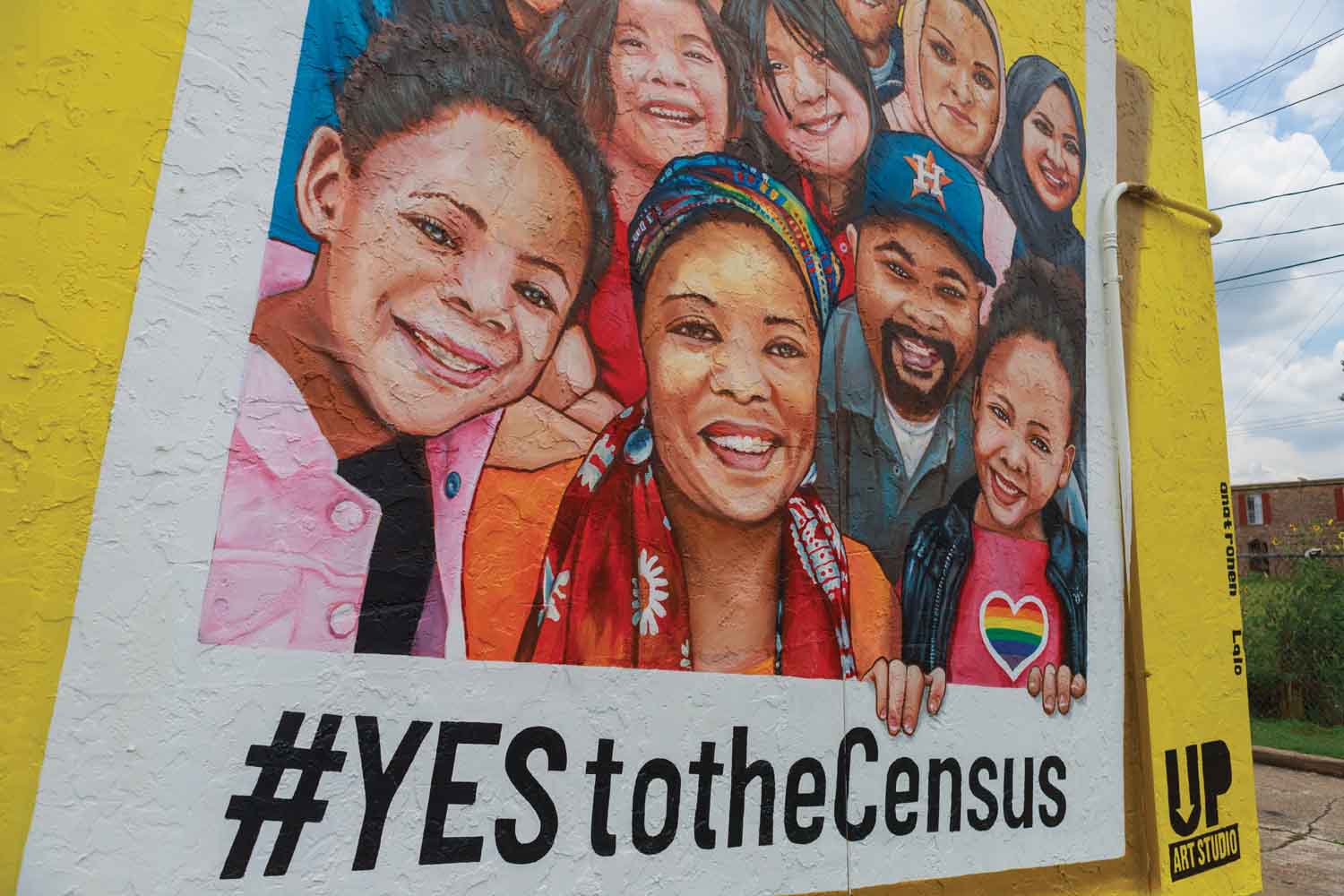 HOUSTON — When the main worries are paying rent, keeping healthy and providing food for the family, participating in the 2020 Census may not be a high priority for some parishioners no matter how important it is in bringing millions of dollars to the community. But Church officials say they are working hard to increase participation in the Census despite the pandemic.

Chris Rubio, director of social services at St. Mary Magdalene Catholic Church in Humble, and volunteers have helped organize weekly food distributions over the past several months during the pandemic.

What’s “The Texas National Guard, The Northeast Houston Interfaith Council, and Houston Food Bank collaborate with us,” Rubio said. “Now we are actually working with the Census Bureau. They sent a team out to conduct client interviews.”

Such coordination helps reach thousands of individuals who may otherwise have gone uncounted in the Census, he said. Clients usually come in cars, starting around 6 a.m. on Wednesdays, and food distribution begins at 9:30 a.m.

The Census team arrived at 7 a.m. on June 17 and began enrollment. Rubio said they reached 454 households that included 2,293 individuals. Overall since March to mid-June, St. Mary Magdalene’s community efforts have distributed food to more than 5,000 households of 22,907 individuals, Rubio said.

“I’ve been blessed to have 30 volunteers come on Tuesday to prepare the bags, and close to 70 volunteers to assist with the Wednesday distribution. It is also my hope to restart our financial assistance program where we normally provide assistance with evictions and utilities for individuals and families residing in our parish boundaries,” Rubio said.

On a broader sweep focused on training parishioners in multiple churches, The Metropolitan Organization (TMO), a community nonprofit, has worked with pastors and other ministers on Census participation. The Census, counting the US population every 10 years, impacts $800 billion in funding, including Children’s Health Insurance Program, Medicaid and Medicare, school grants and many other programs.

Maria Lopez, a parishioner at Assumption Catholic Church, was among those trained by TMO to reassure fellow parishioners that the Census would not ask questions about citizenship. It takes only about 10 minutes via computer to participate.

But the weekend that most churches were going to participate in the Census coincided with when many of the churches closing down their services because of the coronavirus, she said.

“So I’ve been trying to call other parishioners and help them by phone,” Lopez said.

But even a friendly voice over the phone that many parishioners may know by her work with the church bazaar and other ministries for 15 years doesn’t make it easy, she said.

“The people still have a lot of fear, especially those who are undocumented,” Lopez said. “The only way they will do the Census is one-to-one with someone they trust.”

Because of the coronavirus pandemic, the US Census schedule for public self-response to fill out the questionnaire has been extended to Oct. 31.

But even when Census Bureau workers come knocking on doors in August to households that haven’t responded, “the residents just won’t open the door,” Lopez said.

Directors with the Archdiocese of Galveston-Houston ministries have also met with Census representatives to help with response rates.

“We have used social media, email and other ways to encourage people to register and participate in the Census,” said Lazaro Contreras, director of the Office of Hispanic Ministry.

As people slowly return to church, pastors are announcing the importance of the Census at Masses as well, he said.
Father Italo Dell’Oro, CRS, Archdiocesan director of clergy formation, also urged parishioners in a video in Spanish to participate in the Census. He said, “Let’s make sure we all count!”