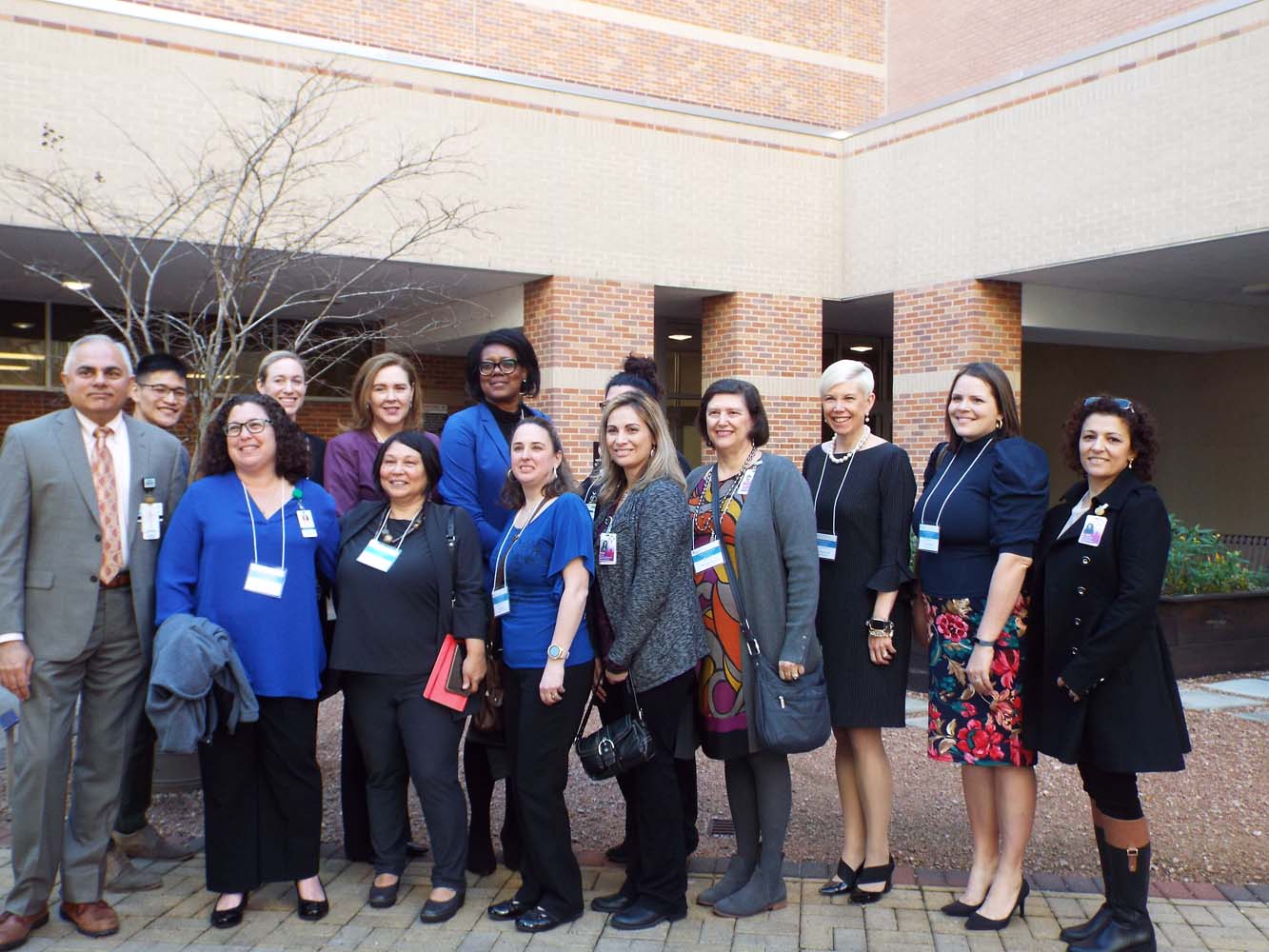 HOUSTON — While many may be aware of Houston as a hub for sex trafficking, the crime may occur right in front of them in Galleria-area hotels or suburban school campuses rather than just shady motels plagued by drugs.

To train people, especially medical staff, to become aware of the crime and how to report it, Catholic Health Initiatives (CHI), one of the largest nonprofit, faith-based health systems in the nation, leads a campaign to prevent and intervene in human trafficking, said Kimberly Williams with Baylor St. Luke’s Medical Center Mission/Spiritual Care Department.

Project coordinator of the Human Trafficking Initiative, Williams said, “Many times the one common ground for these survivors is in the emergency room for being assaulted or injured in some way. We are training 7,000 health care providers on how to identify and intervene.”

Now with a federal grant of $649,560 to be used over the next three years, the effort builds on the Greater Houston Area Pathways for Advocacy-Based Trauma-Informed Healthcare (PATH) Collaborative founded by CHI-St. Luke’s Health, part of CommonSpirit Health, a national health system formed in February 2019 through the merger of Catholic Health Initiatives and Dignity Health. The PATH Collaborative includes Baylor St. Luke’s Medical Center, Baylor College of Medicine, Ben Taub Hospital, Doctors for Change and San Jose Clinic, which is a health ministry of the Archdiocese of Galveston-Houston.

May Cahill, executive director of St. Luke’s Foundation, said, “Thanks to the support of our national organization’s mission and ministry fund, we were able to launch the pilot program at Baylor St. Luke’s Medical Center in 2016. The initiative is a priority for our leadership, and now with our newest grant we are moving to expand and grow the program across our Texas division.”

“I am proud of the role our organization plays in this work,” Cahill said. “As we came to understand the magnitude of the trafficking problem here in Houston, it became clear that as the only Catholic health system in the region, we had a responsibility to address the issue.”

With January being Human Trafficking Awareness Month, Williams, Cahill and other members of the PATH Collaborative recently toured those medical facilities to meet the doctors and nurses on the frontlines trying to close the gap for patient care of human trafficking survivors.

Among those on the tour, Jennifer Peuplie, advocate for the Texas Forensic Nurse Examiners, said an average of four survivors a week and at times up to 10 a week are treated at Houston-area hospitals.

She accompanies many of the patients to provide comfort and support as they answer questions such as “Do you feel safe in your environment?” To rescue minors, police are called, but adult survivors need to make that decision on their own, she said.

Another tour member, Rachel Fischer, an ER and forensic nurse who specializes in training against human trafficking, gave a typical scenario. She said most of the time, a pimp or trafficker will be with the patient to maintain control and guard what is being said.

“Don’t make it seem like an interrogation. You can just ask like you’re making conversation — ‘Oh, that’s a cool tattoo. Where did you get that one?’ She may say, ‘Miami.’ ‘How about that one?’ ‘New Orleans’ and you can see that she’s being moved around,” Fischer said.

To get her away from the guard who may say he’s the boyfriend or husband, Fischer said staff can explain that the patient needs to be taken for an X-ray or other diagnostic tests and no one else is allowed.

Once alone with the patient, staff can provide the hotline number to Rescue Houston at 713-322-8000 or the national toll-free number of 1-888-373-7888 to let them know they can escape what is basically modern-day slavery, she said.

“But many of them don’t think they deserve any better. They’ve been groomed by their pimp who says he loves them and will take care of them. They buy them what they say is a Gucci purse or even a puppy so they will get emotionally attached and not want to leave,” Fischer said.

But patients can at least be armed with the hotline number to consider in the future. They can be told there are shelters like the Santa Maria Hostel that provide detox for any addictions as well as mental health counseling available.

“It’s a long recovery process in many different ways. One girl was found with multiple hotel key cards in her possession. Many times multiple credit cards have been taken out in her name, so credit has to be restored,” Fischer said.

From 2007 through 2016, Houston had 3,634 substantive calls to the National Human Trafficking Hotline, the highest call volume in the U.S. Last year, law enforcement arrested more than 650 human traffickers in the Houston area, according to the collaborative.

Once they break free of trafficking, survivors need education and job training that collaborative partners hope to provide or refer, Williams said.

“There is also a similar initiative to replicate such a collaborative at the border in the Rio Grande Valley since that area is a big part of the supply and demand for trafficking,” she said.

Taking the group to tour the clinic at 2615 Fannin, Sanders and San José Clinic Medical Director Diana Grair, MD, said they were unsure whether any of their patients had been victims of human trafficking. Most of the San José Clinic patients are women 18 years and over with the average being a 47-year-old Spanish-speaking Hispanic female, they said.

In 2018, the clinic served 3,762 uninsured patients in 30,548 visits to provide quality health care to the uninsured while relying on 914 volunteer medical and dental providers, Sanders said.

As part of grant funds, the clinic will be hiring a bilingual licensed professional counselor or perhaps work with Catholic Charities to provide counseling to human trafficking survivors, she said.