Earthrise: Behind the iconic image of our home 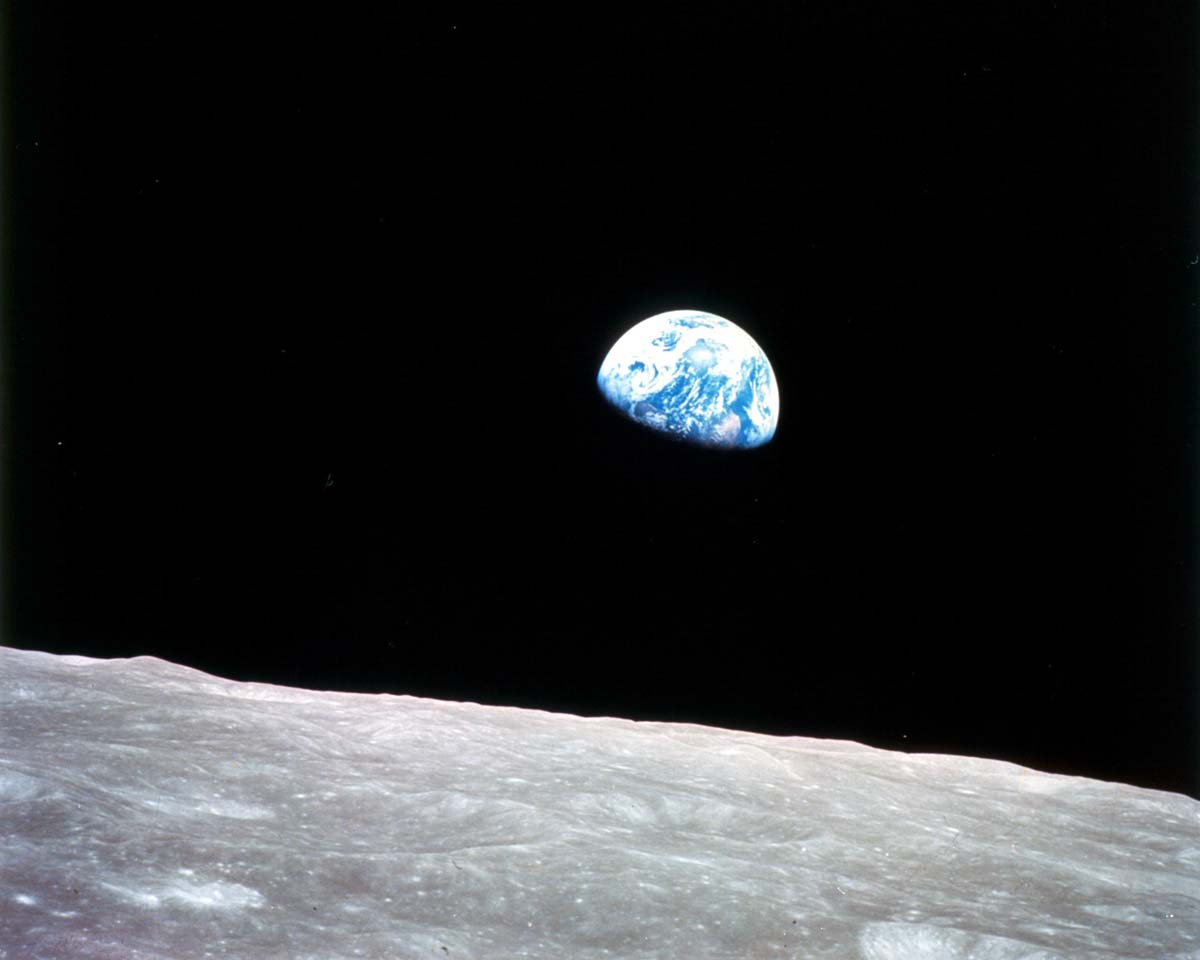 Earthrise: This iconic view of the Earth rising above the lunar surface was captured by Apollo 8 lunar module pilot Bill Anders during the first human voyage around the moon on Dec. 24, 1968. Anders flew around the moon with Apollo 8 commander Frank Borman and command module pilot Jim Lovell. (Photo by NASA.)

On Dec. 24, 1968, NASA astronaut Bill Anders orbited the moon as the lunar module pilot with the Apollo 8 crew, fellow astronauts Frank Borman and Jim Lovell, on humanity’s first voyage to another world. Anders took the iconic Earthrise photo on Christmas Eve, a gift of perspective in a turbulent year.

In a reflection for Space.com, Anders said seeing the Earth from space “the only color amidst the blackness of space, became a beacon.”

“Another vision made the hair on the back of my neck stand up,” he wrote. “I held my fist at arm’s length. That stunning vision disappeared. From one lunar distance our world was easily obscured. At 10 lunar distances Earth would have been but the size of a ladybug. And at 100 — then and now far beyond human reach — Earth would no longer be visible to the naked eye. Here was everything humans had been, everything we were, and everything we might become — and yet our home planet was physically insignificant in space. We set out to explore the moon and instead discovered the Earth.”

Borman said: "We looked up over the lunar horizon, and there was the Earth...the only thing in the universe that had any color. And, of course, it was home and all our families were back on that blue planet. I think that captured our attention more than the moon ever did."

That Christmas Eve, the astronauts took turns sharing a message in a televised broadcast from their command module. As they orbited around the Earth, they each read passages from Genesis: “In the beginning God created the heaven and the earth...”

They finished the broadcast with a holiday wish from Borman: “We close with good night, good luck, a Merry Christmas, and God bless all of you—all of you on the good Earth.”

This broadcast was seen or heard by one out of every four people on earth, according to NASA.

Keeping an eye on the bigger picture

“For me, it is important to always maintain a sense of the greater context of things. It is so easy to get bogged down in the minutiae of life that we lose sight of the big picture. I find space inspiring, and it serves as a reminder to me to keep my eye on the big picture. This is also true for my faith life. It is easy to get focused on “doing” faith rather than living faith. Being inspired by the grandeur of creation serves as a way of seeing beyond my daily obligations to the God who waits lovingly for me to acknowledge Him. It also helps to connect us human beings together. One of the most inspiring photographs in human history was the photo of the Earth taken by the crew of Apollo 8 (known as Earthrise). For the first time ever, the whole Earth could be seen in both its magnificence and its insignificance in the greater context of the universe. It told the world, ‘We are all here together on this pale blue dot.’”
— Brother Robert Macke, SJ
Curator of Meteorites, Vatican Observatory