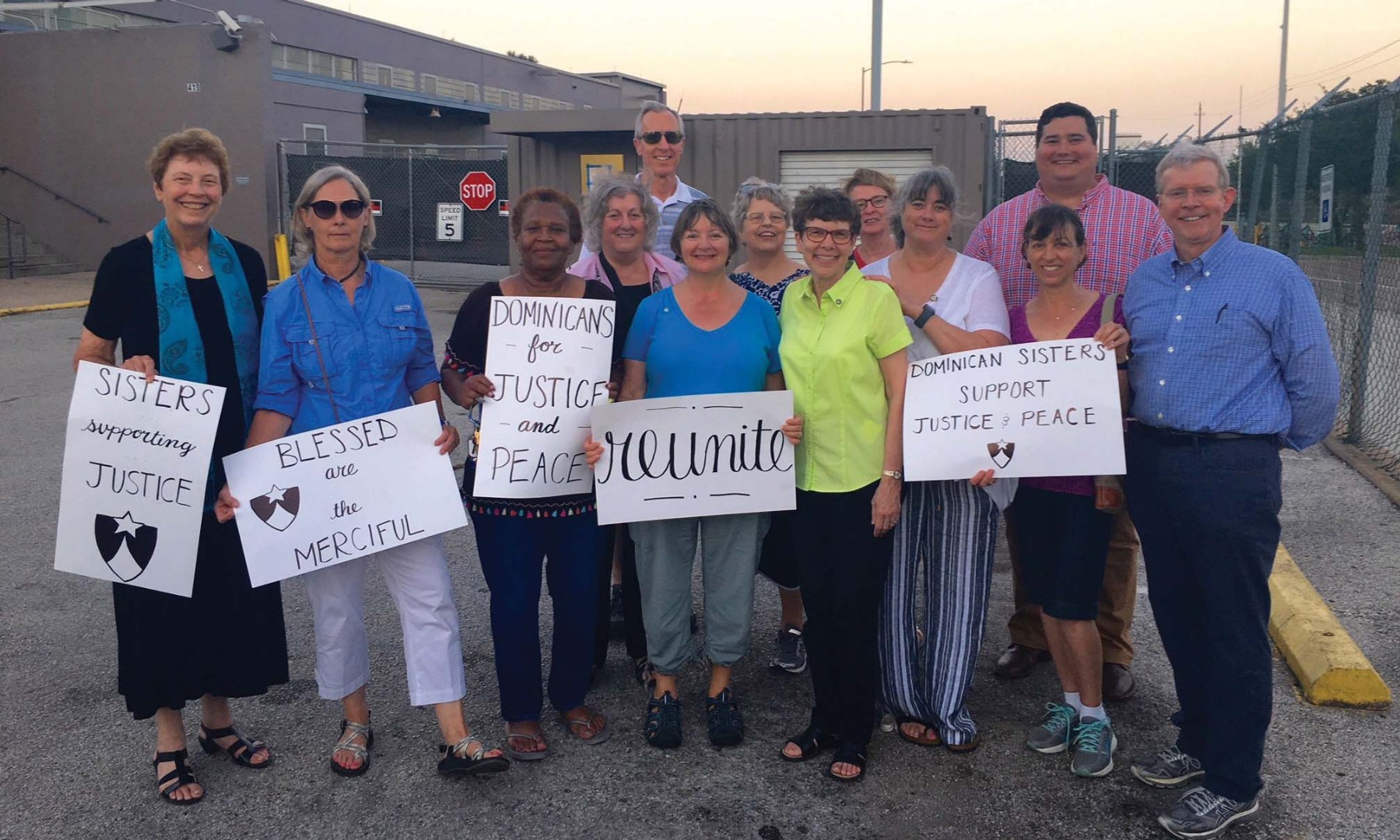 HOUSTON — The Dominican Sisters of Houston will soon celebrate a 10-year partnership with local residents dedicated to keeping the Dominican spirituality alive and well.

September 2008 marks a decade since the lay organization, The Dominican Family of Houston, was created with a mission to support sisters, the Catholic Church, and the community they all serve.

“When we talk about the mission and why it started, I think it’s important for people to know that as lay people, we can support our religious in their own efforts in serving in the Catholic Church,” said Marc Martinez.

Martinez is on the Leadership Council of the Dominican Family and serves as a Councilor, providing support to the leaders of the group in their efforts to address issues like human trafficking and social justice. So far, he has committed four years to the lay organization in some capacity.

“Every three to five years we look at our own mission and vision for the Dominican Family of Houston in terms of how we want to continue to walk side by side with the Dominican Sisters of Houston,” said Martinez, also academic dean at St. Pius X High School.

Although the Dominican Sisters initially founded the lay organization, both groups are now completely separate. Both, however, do serve with the same four pillars in mind: prayer, community, study and preaching.

“A lot of it is being aware of the issues that are out there and kind of mimic what St. Dominic and preachers were charged to do, and that’s to be out there with the people,” Martinez said.

“Whether that is to go to the Angela House and work with women in transition from prison back into society or being in the community praying for a specific cause, those are the things we can do to work together to be successful,” he added.
St. Dominic, born in Spain in 1170, founded the Dominican Order. It was a community of friars who traveled and preached.

Dominican Sister Carol Mayes, O.P., was tasked with helping to form and lead the lay group when the idea first arose. In 2008, the sisters realized they are an aging community. They did not want to lose the Dominican spirit — or the 125-year presence — in the Houston area over time.

“We decided we would start a laity of people who would be formed in what the Dominican spirit was, and then choose to live in that spirit in the world,” Sister Mayes said. The Dominican Sisters initially invited friends and acquaintances to gauge interest. The first meeting was held in fall 2008.

By 2009, Dominican Family members created a mission statement. They established a two-year formation process for people interested in joining. Once completed, a commitment ceremony is held.

There are also various committees and a leadership team. They gather as a group once a month. The prayer committee, for example, sends daily prayers through emails. Other committees deal with critical issues of the time, like poverty and human trafficking in Houston.

“We connect with other organizations and groups that are involved with the same concerns,” Sister Mayes said, “Recently, we just sat outside with others to protest the separation of children from their immigrant families and joined in the protest at Houston City Hall.”

Although founded by the Dominican Sisters, they do not bind the lay organization.

“What’s real important is how the Dominican Family and the Dominican Sisters relate, and how they relate is by walking side by side,” Sister Mayes said. “We don’t tell them what to do and they don’t tell us. What connects us is the Dominican spirit.”

“What’s good is that the Dominican Family is always evolving,” Sister Mayes said. “In the future, it will grow in number and we are already being successful in what we are doing.”

About 150 Dominican Family members have become active since it first formed 10 years ago.

“I didn’t grow up with the Dominicans and I didn’t know anything about them,” said John Hensley Jr., a Dominican Family member. “But I was friends with Sister Mayes and she invited me to the first informational meeting in 2008,” he said. “They talked about as lay men and women, we could reach places that the sisters could never get to, such as the courts and workforce. It just felt right.”

Hensley, who retired from the sales and circulation area of the newspaper industry, said friends Sister Mayes and Maureen O’Connell, O.P., are the kind of people that after you leave them, you feel better about yourself and the world.
“And as I got to know more of the sisters during meetings once a month, it just felt like this is where I need to be and I just decided to continue, “ Hensley said. “I was part of the first commitment class, but before we made a commitment we went through two years of formation where we gathered once a month for over an hour for prayer and study and sharing.”

The Dominican Family fights for the dignity of all people and is trying to search for truth, all while listening to each other.

“It’s difficult in today’s world with politics being so polarizing to have those tough discussions that are real important,” Hensley said.

“We’ve had subcommittees that work on poverty and human trafficking and those all can be very polarizing,” he added. “But we work at it and talk about what we think we are called to do, so this really isn’t an ice cream social with the sisters. We are really partners who are learning how to be the voice of truth in a chaotic world today.”

For more information about the Dominican Family, contact Sister Mayes at 713-440-3718.