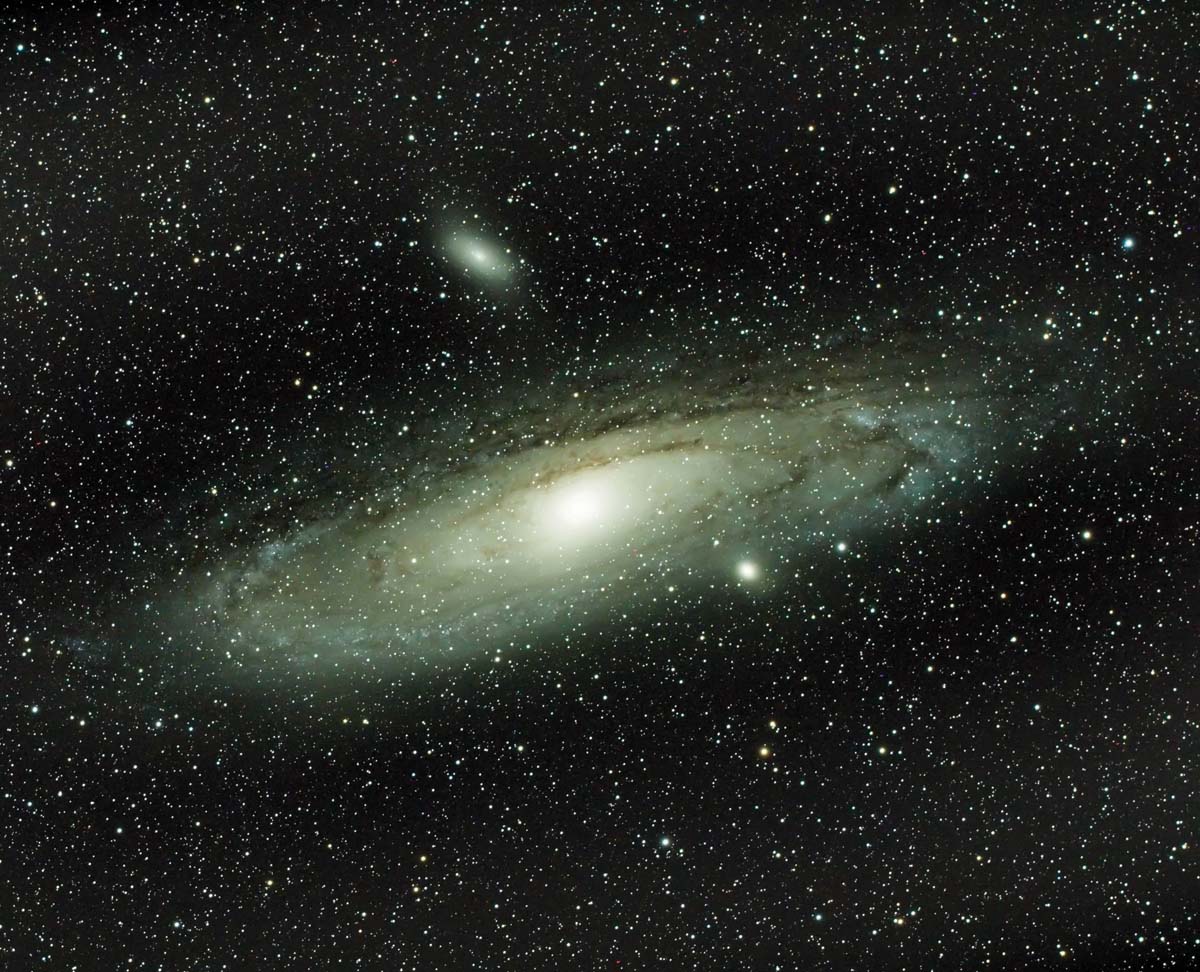 An image of the Andromeda Galaxy is seen in this photograph by Father Joseph Barbieri, C.P.

HOUSTON — Sometimes Father Joe Barbieri, C.P., finds himself in the dead of night, surrounded by silence in prayer as the stars and planets twirl above him, far above the Earth — light years, actually — then he clicks the shutter button. Another image of the celestial skies. Then another. Then another. Eventually, he can piece the images together to fashion the earthly view of galaxies hundreds of thousands of light years away.

The Passionist priest, director of ministry at Holy Name Retreat Center in Houston, is a hobbyist astrophotographer.

After an uncle gave a young Father Barbieri a camera after his Ordination Mass, which he still has, his duties with the Vatican Diplomatic Service took him around the world. Eventually finding his ministry gifts within the Passionists, a nearly 300-year-old congregation, Father Barbieri began exploring other photography pursuits, including those among the stars.

Using different mounts, refractors and telescopes, filters and lenses, Father Barbieri is able to image different parts of space, such as the Rosette Nebula located some 5,219 light years away.

While the process to capture galaxies, stars and planets may be a complex process — cameras, lenses, refractors, telescopes — Father Barbieri had a simple realization: he’s found joy in seeing God’s creation.

Inspired by the Vatican Observatory’s former director Father George Coyne, S.J., Father Barbieri said he looks at the skies and echoes what Father Coyne once said: “What does the nature of the Universe teach us about God?”

“Where as many people look up to the skies and say, ‘How can you look at the universe, or the stars, and not believe there’s a God?’” Father Barbieri said. While on the other hand, scientists will ask “Give me proof that there’s a God,” to which Father Barbieri might point at the sky as if to say, “Well, what more proof do you need?”

Father Barbieri finds his astrophotography, which is for sale in the retreat center’s bookstore at various prices, as a “bridge of dialogue” for people who may not be Catholic, or even Christian.

The dramatic, colorful photos draw viewers into a sense of “wonder and awe,” as a way to connect to the Creator, he said. “It gives you a sense of smallness.”

He is also a member of the Houston Astronomical Society, a group of amateur and professional astrophotographers based in Houston.

Long before ending up in Houston, Father Barbieri was fascinated with space. He recalls watching the Apollo 11 lunar landing on TV.

He remembers delicately crafting his very first model of the Lunar Module, noting how he so carefully wrapped gold foil onto the feet of the module alongside the little astronaut on the moon base.

"It was one of my favorite models," he said.

Father Barbieri said the priest, a Belgian diocesan priest, is the known as the founder of the Big Bang Theory. His theories and research emphasized the non-duality of faith and science, the priest being the perfect example of a "connecting point" between the two.

Today, as researchers continue to attempt to understand the universe, Father Barbieri said scientists can feel they can "grasp or know" the Universe and may eventually realize that they can't.

"It's a lot about, I think a lot about God," he said. "God put them in a glass of water in a sense or worse yet, making them an image of our own selves. We realize that just as we cannot grasp the depth of the wonder of the Universe, we wonder, 'Can we really grasp God?'"