Cardinal DiNardo: Words ‘we all long to hear’ lay in the Sacrament of Reconciliation 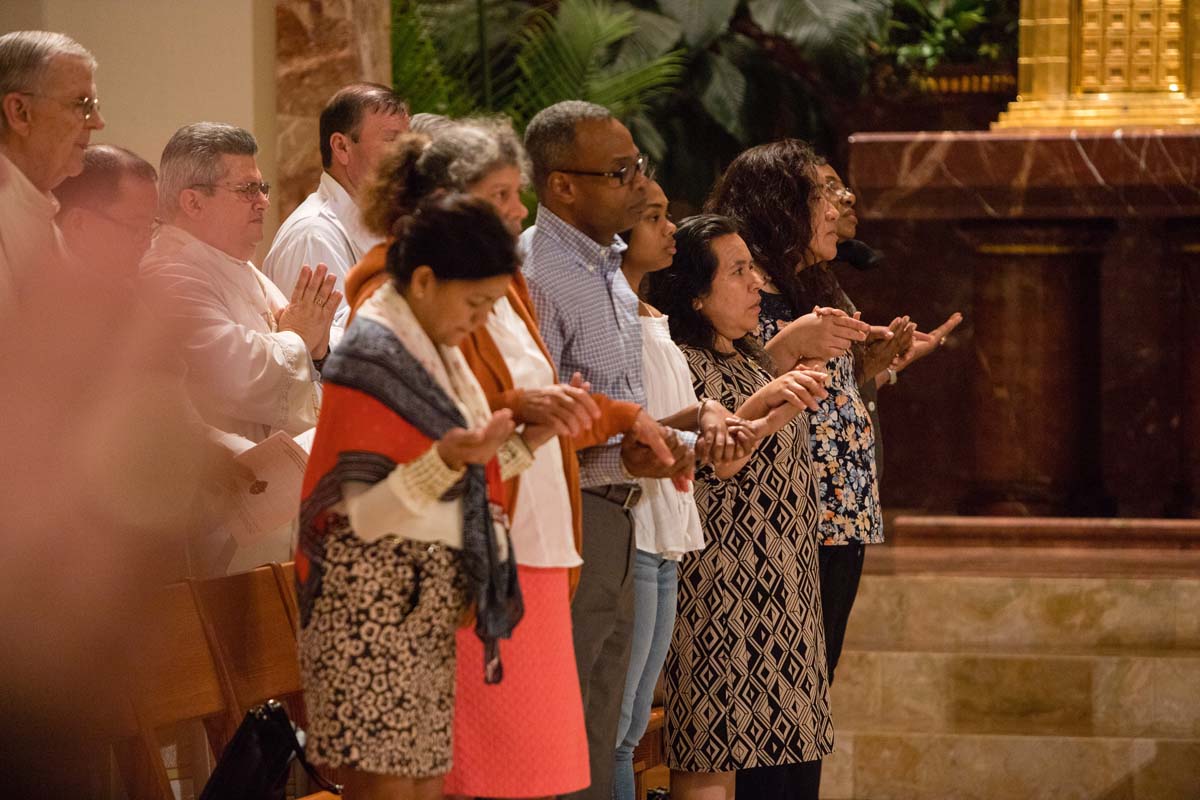 HOUSTON — As the Catholic churches worldwide enter deeper into Holy Week, many parishes are opening their doors for extended hours of the Sacrament of Reconciliation with penance services on Good Friday, March 29. Cardinal Daniel DiNardo said these services focus on helping parishioners and public alike to more fully understand and experience the Paschal Mystery.

“During the season of Lent,” said Cardinal DiNardo, “we undertake many forms of penance: ashes on our heads on Ash Wednesday, our fasting, abstinence, increased almsgiving as well as the unique Lenten commitments we individually make.”

Fasting, abstinence and service through almsgiving remain the basis for Lenten devotions.

“Yet much as the Lord exhorts us through the prophet Joel to ‘rend your hearts, and not your garments’ (2:13), our exterior penances mean little if they do not reflect interior conversion,” said Cardinal DiNardo.

This repentance of heart “is a radical reorientation of our whole life, a return, a conversion to God with all our heart, an end of sin, a turning away from evil, with repugnance toward the evil actions we have committed.” (CCC 1431)

Cardinal DiNardo said, “In the beautiful Sacrament of Reconciliation, this reality is realized most fully as we take our particular sins and shortcomings before the Lord, longing for freedom from slavery to sin and death.”

Focusing on Holy Week, Cardinal DiNardo said “What is done each year in the days leading to Easter is living memory, a recapitulation, a retelling always new, of what Jesus has done and always remains present. His death and resurrection always abide.  We are the ones who need this living retelling for our salvation and knowledge, for our prayer, for our illumination, and for the meaning of our life.”

Pope Francis also encouraged the faithful to look at the Sacrament of Reconciliation without fear.

God “does not want to beat us and condemn us,” but rather “he always looks for a way to enter the hearts” of those who are repentant, the pope said in a homily Feb. 27.

“When we priests — in the Lord’s place — hear confessions, we also must have this attitude of goodness like the Lord, who says, ‘Come, let us talk, there is no problem, there is forgiveness,’ and not with a threat from the beginning,” he said.

Through the sacrament of reconciliation, he added, Jesus “does not threaten but rather calls us with kindness, having confidence in us,” which allows people seeking forgiveness to take “a step forward on the path of conversion.”

Recalling the example of a cardinal who, in the confessional, would not say much when someone confessed a great sin, Pope Francis said God also does not dwell on sins and instead gives “a receipt of forgiveness.”

The pope said he finds it helpful to see the Lord’s attitude as that of “a father with a son who thinks he’s big, who believes he’s grown up, but instead is really just halfway there. The Lord knows that we are all halfway there and many times we need this, to hear this word: ‘Come, don’t be frightened, come. There is forgiveness.’ And this encourages us to go to the Lord with an open heart. It is the Father who awaits us.”

Cardinal DiNardo echoed this perspective: “The Lord, the Father of Mercies, speaks the words through the Church and the ministry of the priest that we all long to hear as he pronounces mercy, not condemnation, and restores us to the fullness of life with Him.”

And while some may fear the confessional, Cardinal DiNardo encourages the faithful to see the light in the darkness.

“Where the darkness of death is most thick and impenetrable, the light shines,” he said. “This is a mystery of God’s love never to be fully understood, but always to be received with astonished thanksgiving and praise.  The various moments of Holy Week and its many celebrations and liturgical activities are meant to proclaim this boundless love.”