As it is in Heaven: Understanding the grim realities of space flight 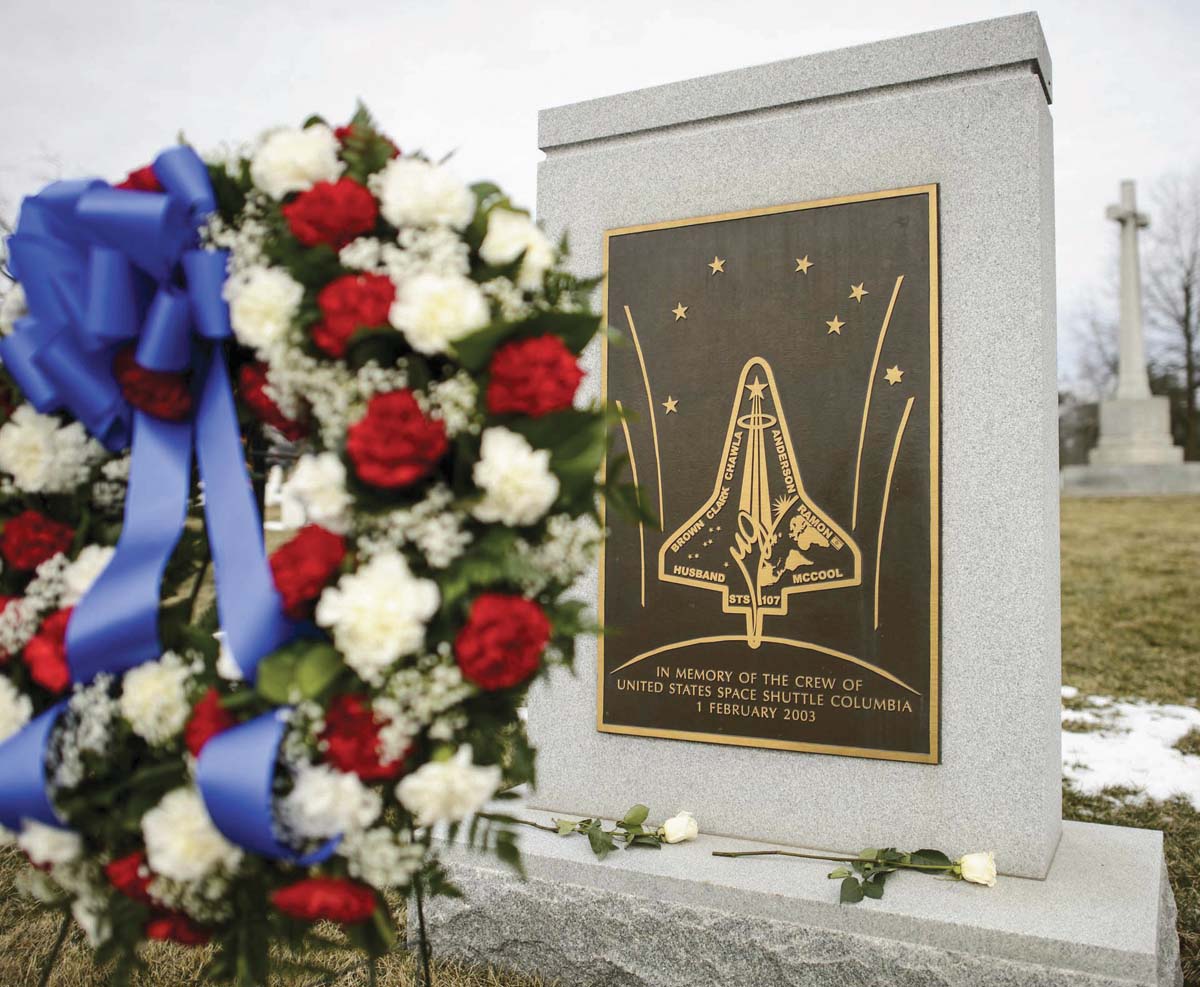 White roses are seen at the foot of the Space Shuttle Columbia Memorial after a wreath laying ceremony that was part of NASA’s Day of Remembrance, Friday, Jan. 31, 2014, at Arlington National Cemetery in Virginia. Wreaths were laid in memory of those men and women who lost their lives in the quest for space exploration. After the Challenger and Columbia disasters, Catholic communities in the Houston-area held memorial prayer services for the astronauts who died. Photo by NASA.

CLEAR LAKE — Long before first Apollo mission, the hopeful 1967 launch practice marred by a tragic fire that killed all three astronauts, the journey to space flight has always been treacherous.

These serious realities are more than just Hollywood cinematic drama, they hang in the balance between life and death for everyone involved.

With the ever-present NASA community in Southeast Houston near Johnson Space Center, few days in the space agency’s history have been devastating as Feb. 1, 2013 and Jan. 28, 1986.

On that fateful February day, the space shuttle Columbia exploded just 16 minutes before its expected touchdown at Kennedy Space Center in Florida, streaking across the Texas sky and into the view of thousands who would mourn.

The three parishes in the Bay area, including St. Paul the Apostle, St. Bernadette and St. Clare of Assisi Catholic Churches, would each host their own prayer services for the seven astronauts who died in the Columbia explosion.

The pain would draw a familiar pang for many in the area, as the Columbia’s loss came just three days after the 17th anniversary of the explosion of the space shuttle Challenger in 1986. U.S. flags, flowers, balloons and other tokens of love left by thousands of mourners crowded the large sign outside Johnson Space Center.

The tragedy was “deja vu for the ones who were here since the Challenger accident” in 1986, Carmelite Father J.J. McCarthy, then pastor at St. Bernadette Church told the Texas Catholic Herald in 2003. “There’s a lot of heartache and a lot of grief” flooding up, but also “great faith.”

Two days later, St. Bernadette paid tribute to the Columbia seven, including one of its own: the crew’s pilot, William “Willie” C. McCool. The veteran Navy commander was completing his first trip into space when he died at age 41. He left behind a wife and three sons.

Robert Cabana, a veteran astronaut and then director of flight crew operations, had been a parishioner at St. Bernadette since 1985. He told the Texas Catholic Herald that “Willie was probably one of the nicest guys you would ever want to meet.”

At the service Cabana also eulogized the other six astronauts during the St. Bernadette service. “I’ve never seen a crew as close as this crew ... (they) had this peace that was unbelievable.”

That night Cabana shared how he was able to talk to the Columbia astronauts while they were in orbit. He had said if he could have seen them, he would have seen “the joy on their faces and the sense of accomplishment ... it was phenomenal.”

Father McCarthy said that week that he detected “shock, grief, an outpouring of grief” the weekend of the accident.

“The long-timers, they had the Challenger some years ago (in 1986). They see it as round two,” the Carmelite priest said. “They’re just stunned.”

Their wound, Father McCarthy added, is “more profound — a wound that had been healing” until the Columbia disaster. “They were hoping it would never happen again, and all of a sudden it does.”

The weekend Masses were full over that weekend, he said. But “what seemed to be different to me was in the way people were coming to Mass. They were seeking an outpouring of faith and hope.”

The grieving experience for the region moved into a recovery phase, as an army of volunteers scoured fields across Texas and Louisiana for clues scattered from the explosion.

“Those of us who are astronauts know the risks being taken when we climb onto the space shuttle,” he said. “But we also know that what we are doing is truly work of our nation. And this (Columbia) crew, they knew what they were doing. And they did it completely. They gave of themselves.”

Today Cabana, who logged over 1,000 hours in space, continues his leadership as director of the John F. Kennedy Space Center in Florida.

The “wound” Father McCarthy recalled from the Challenger explosion was so intense in the late 1980s that then-U.S. President Ronald Reagan traveled to Johnson Space Center to lead a national memorial service for the seven who died in the shuttle explosion in 1986. More than 10,000 gathered to attend the service, including many parishioners for the nearby Catholic communities.

After the Challenger tragedy, then-Bishop Joseph A. Fiorenza said, “This tragedy is acutely felt here in Houston, the home of the space program. The astronauts were fellow citizens and their untimely deaths are a great sadness for us.”

Several parishes in the area were prompted by the national mourning to honor the astronauts with memorial services, which were held across the city.
While NASA’s shuttle program was grounded for 32 months after the explosion, NASA’s efforts continued.

And though Christa McAuliffe, who was an active member of St. Peter’s Parish in Concord, N.H., was the only Catholic aboard the Challenger flight, the explosion drew the attention of St. John Paul II. On the Feast of the Presentation of Jesus in the Temple, the pope shared his closeness with the Columbia victims on Feb. 2, 2003.

“I invite all to pray for the victims of the accident who died while accomplishing an international scientific mission,” he said. “At this time of severe trial, I am spiritually close to the relatives to whom I offer the assurance of my prayer.”

Following the Challenger explosion in 1986, St. John Paul II also voiced “heartfelt solidarity” with the U.S. He called the seven Challenger astronauts “courageous pioneers for the progress of science and of humanity.”

Annually, NASA honors fallen astronauts with a Day of Remembrance, most recently Feb. 7, 2019. In downtown Houston adjacent to City Hall, a wall in Tranquility Park honors the Apollo 11 lunar landing, while at nearby Little Tranquility Park, the Columbia and Challenger disasters are memorialized.

Near Space Center Houston and Johnson Space Center, the Astronaut Memorial Grove was established along Saturn Lane at NASA Road 1 in 1996 to quietly honor the memory of astronauts who have died. Now 72 trees line the grove, honoring NASA employees, contractors, family members and others who have made important contributions.

Previous reporting by Jenny Faber and other Texas Catholic Herald staff contributed to this story.