Advent: A season of preparation 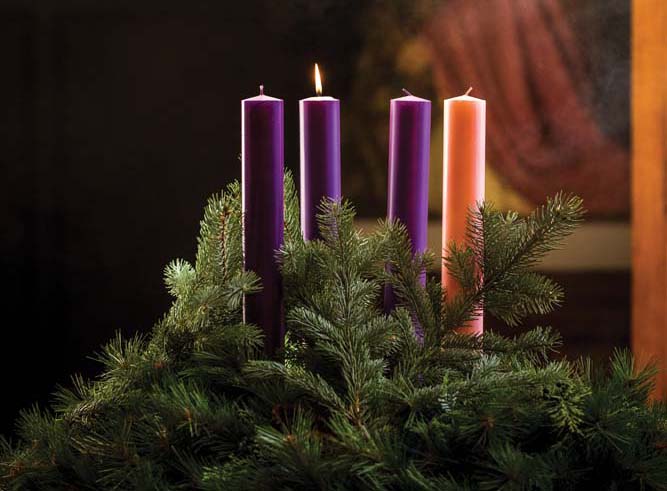 Each year, the season of Advent marks the beginning of a new liturgical year and leads up to the celebration of Christmas. The word Advent comes from the Latin “ad-venio” meaning “to come to.”

Advent, which begins Dec. 2, invites us to join the Israelites of the past as they waited in hope — for thousands of years — for the promised Messiah. Today, Advent is a time of waiting for and preparing our hearts for the birth of the Lord Jesus. And we wait, in hope, for the second coming of Christ at the end of time.

In the world today, the faithful are surrounded with negativity and disunity. Conversations have moved from discussions to arguments and accusations. The news is filled with stories of violence, anger and scandal.

The Catholic Church itself, especially in the United States, has had a difficult year. In the midst of the current round of the ongoing sexual abuse scandal, reports and data continue to show the number of people leaving the faith is increasing. Data shows that even those who call themselves Catholic do not always live up to the fullness of Catholic morals and teachings.

But just like the night when Christ was born, it is in the midst of the darkness that the light comes!

Advent is a time of joyful anticipation. Advent invites the faithful once again to renew their certainty that God is present, having entered into the world, becoming human, in order to bring to fullness His plan of love. In turn, Catholics are called to become signs of His action in the world. Through faith, hope and charity, He enters into the world once again and make His light shine in darkness. Advent is not a season of sitting passively, waiting for something to happen.

Preparation for Advent begins in the heart. Sacred Scripture states the faithful to “wake from sleep.” Catholics must start by turning inward, orienting themselves toward God’s will. The message of St. John the Baptist states, “He must increase, but I must decrease.”

In “Jesus of Nazareth: The Infancy Narratives,” Pope Emeritus Benedict XVI teaches that “man is a relational being. And if his first fundamental relationship is disturbed — his relationship with God — then nothing else can be truly in order.”

During this Advent season, the faithful are invited to put the focus back on their relationship with God with a few simple suggestions.

Display the Advent wreath prominently in the home. This traditional Advent devotion can help remind family and visitors to focus their hearts and minds as they await the birth of Jesus.

No overspending. It is easy to feel trapped into over-buying and over-spending because that is the tradition in their family or circle of friends. Spending and buying too much stuff misdirects time and thoughts while pushing out what is essential: re-aligning a relationship with God.

Think of others. The seasons of Advent and Christmas can be very difficult for people who are alone, ill and forgotten. Seek out friends and neighbors who are struggling and for whom this time of year only brings pain and sorrow. Give time as well as resources.

Take care. Learn to say no to the many activities and events that can pull in too many directions. The Sacrament of reconciliation is a beautiful opportunity to repent and let go of those things holding back from a deeper relationship with Him.

Enjoy some spiritual reading. Take some time away from the usual holiday films and stories and spend that time growing in faith. See what the saints, theologians and other great writers have to say about growing closer to God. The previously mentioned “Jesus of Nazareth: The Infancy Narratives” by Pope Emeritus Benedict is just one example.

Above all, pray constantly. The Catechism of the Catholic Church states that “the desire for God is written in the human heart because man is created by God and for God.” St. Thomas Aquinas teaches that prayer is “an expression of man’s desire for God.” Advent is the time for prayerful silence to listen to the heart’s desire. Blessings of the Advent wreath, the Nativity Scene and the even the Christmas Tree can all be done in the home.

Many parishes celebrate the Festival of Lessons and Carols, which uses Scripture and song to tell the story of the Fall, the promise of a Messiah, the Incarnation, and the Great Commission to preach the Good News. Many of the songs are “traditional” Christmas tunes, such as “O Come, O Come Emmanuel,” “Silent Night” and “We Three Kings.”

Be joyful. To be joyful is to be thankful, to see everything as grace, to have faith that everything is a gift from God who became Man so that He could take upon Himself the sin of the world.

In his letter to the Romans, Paul writes, “May the God of hope fill you with all joy and peace in believing, so that you may abound in hope by the power of the Holy Spirit.” (Romans 15:13).