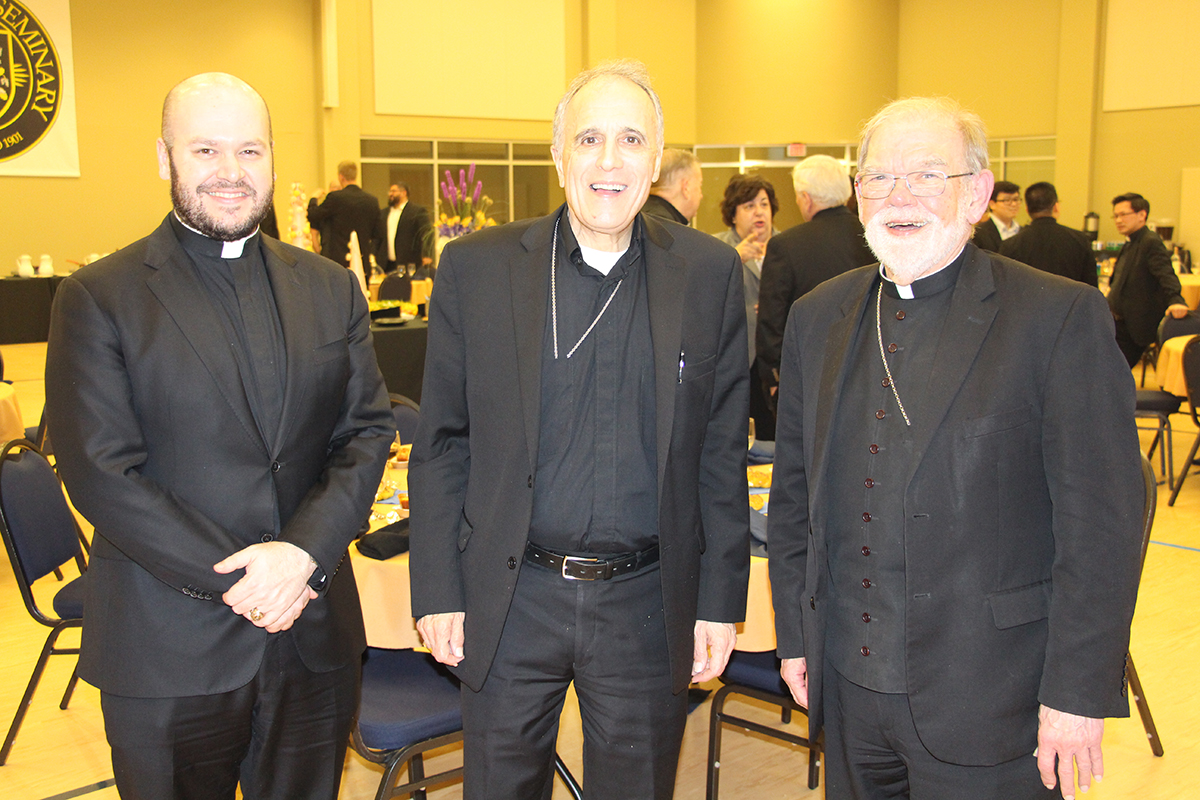 On April 10, Daniel Cardinal DiNardo, CENTER, attended a dinner at St. Mary’s Seminary in Houston following a Lenten Day of Prayer for priests serving  in the Archdiocese of Galveston-Houston. Pictured with Cardinal DiNardo is Father Jeff Bame, LEFT, and Auxiliary Bishop George Sheltz.

The Archdiocese of Galveston-Houston is pleased to report that Daniel Cardinal DiNardo was released last Friday, April 5 from an inpatient rehabilitation program following two weeks of therapy after suffering a mild stroke on March 15.

Cardinal DiNardo appreciates the continued prayers for him during his recovery. He would also like to express gratitude to the TIRR Memorial Hermann medical team for their care and support during his rehabilitation.

Cardinal DiNardo will continue outpatient therapy in the coming weeks as he gradually returns to his duties and remains eager to return to work.