Are there really 12 Days of Christmas? 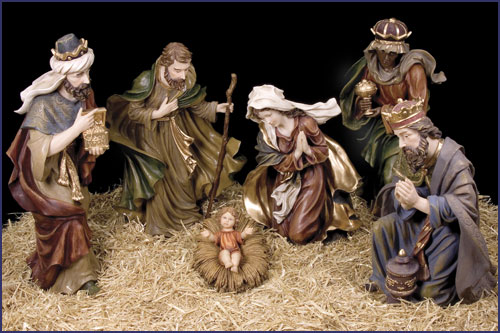 It's still Christmas! Even though stores have moved on to their "After Christmas" sales and radio stations have stopped playing Christmas music, the Christmas season actually begins on Christmas Day.

But how long does it last?

According to the liturgical calendar, the primary celebration of Christmas is an octave (eight days) starting with December 25 and ending on January 1 with the Solemnity of Mary, Mother of God.

The Christmas season lasts a bit longer, though. And it can get a little confusing to figure out.

If you go by the traditional "twelve days of Christmas," then it would take us to January 5, the eve of Epiphany (when the wise men visit the infant Jesus).

However, the current official definition of its length, according to the Universal Norms on the Liturgical Year and the Calendar:

33. The Christmas season runs from Evening Prayer I of Christmas until the Sunday after Epiphany or after 6 January, inclusive.

So the Christmas season begins with evening prayer on Christmas Eve. Christmas Eve Masses celebrated before midnight are actually a vigil Mass for Christmas Day.

But when exactly does it end? The norms go on to help clarify.

37. Epiphany is celebrated on 6 January, unless (where it is not observed as a holy day of obligation) it has been assigned to the Sunday occurring between 2 January and 8 January…

38. The Sunday falling after 6 January is the Feast of the Baptism of the Lord.

This means that the Baptism of the Lord will be celebrated on Sunday, January 9, 2022, ending the Christmas season.

Beginning on Monday, January 10, the Church returns to Ordinary Time and you will see the familiar green vestments return.

So, maybe the better question is - how long will you leave your Christmas tree, decorations and lights up?