Starting in May 2022, the Archdiocese of Galveston-Houston will kick off a year-long celebration of its 175th anniversary. Read the Texas Catholic Herald, follow the Archdiocese on social media, and visit www.archgh.org/175 for updates and dedicated content on this historic milestone.

Learn about the history of the Archdiocese 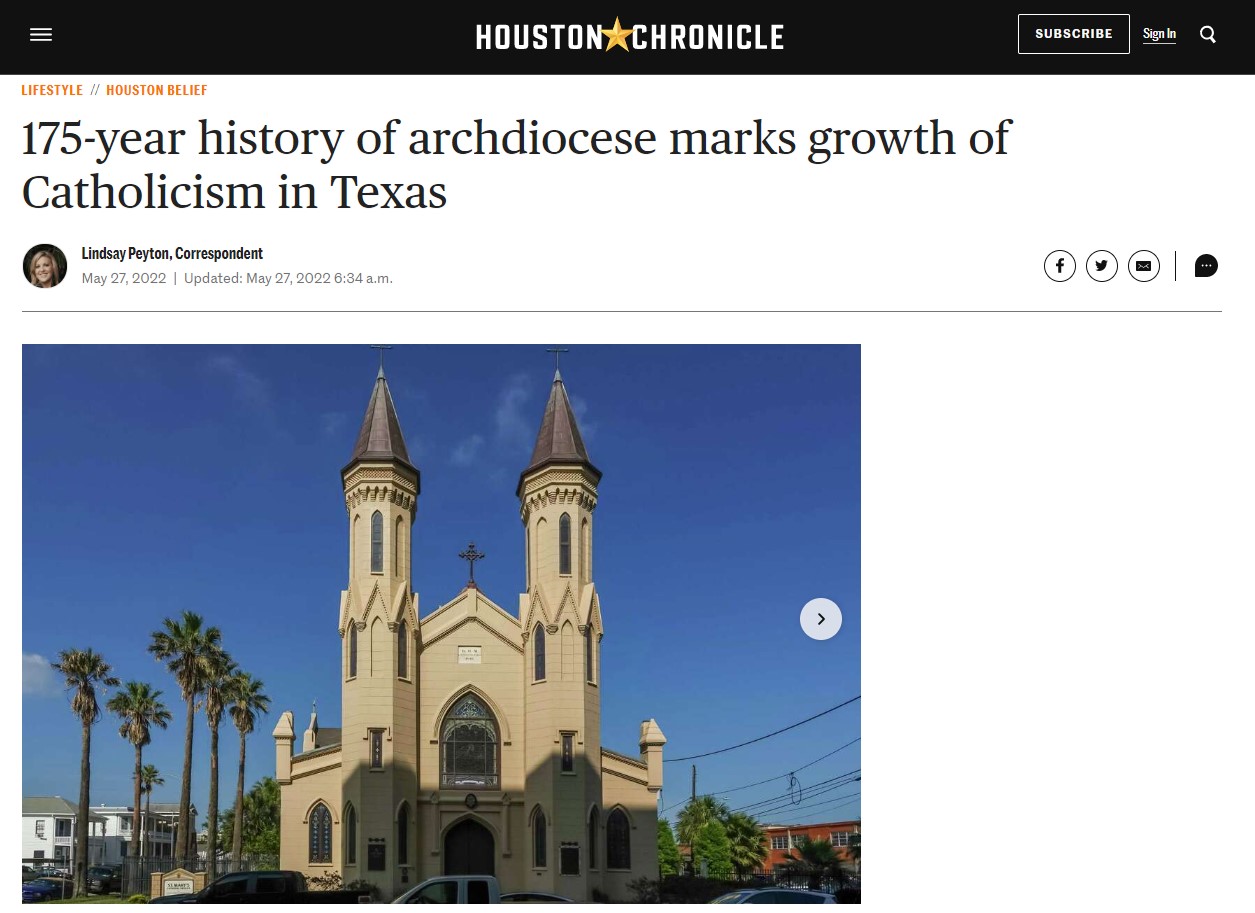 175-year history of archdiocese marks growth of Catholicism in Texas

Read the full story from the Houston Chronicle 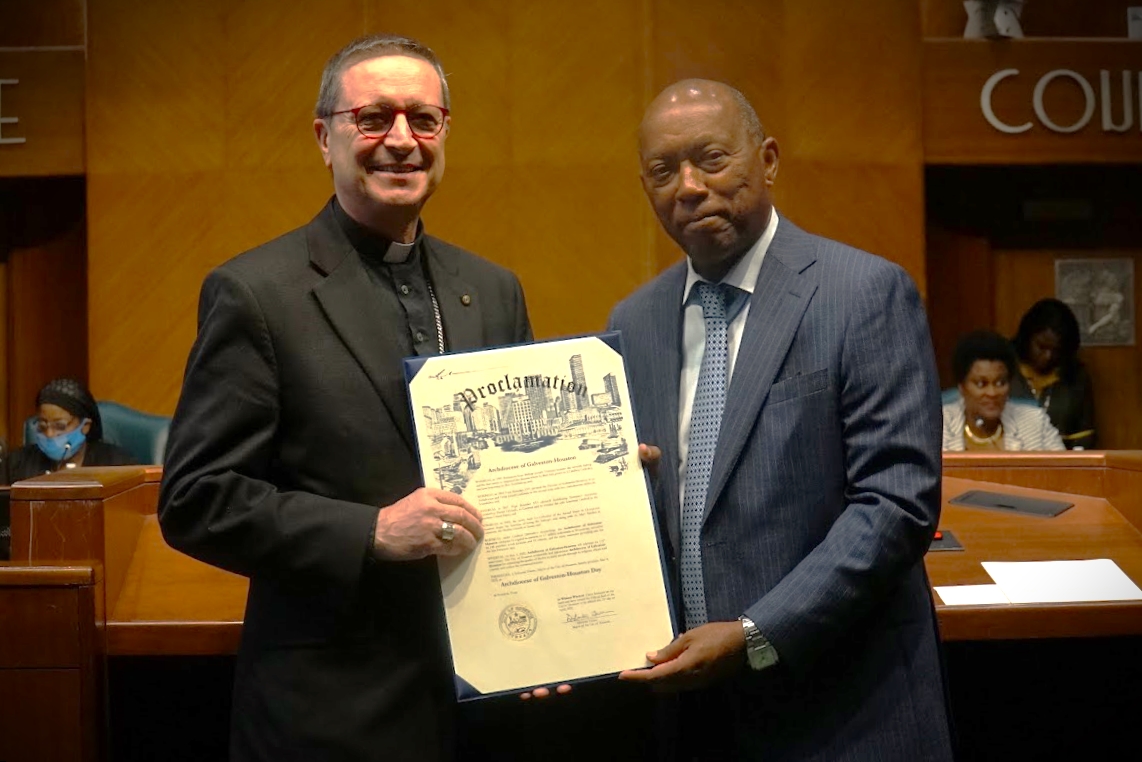 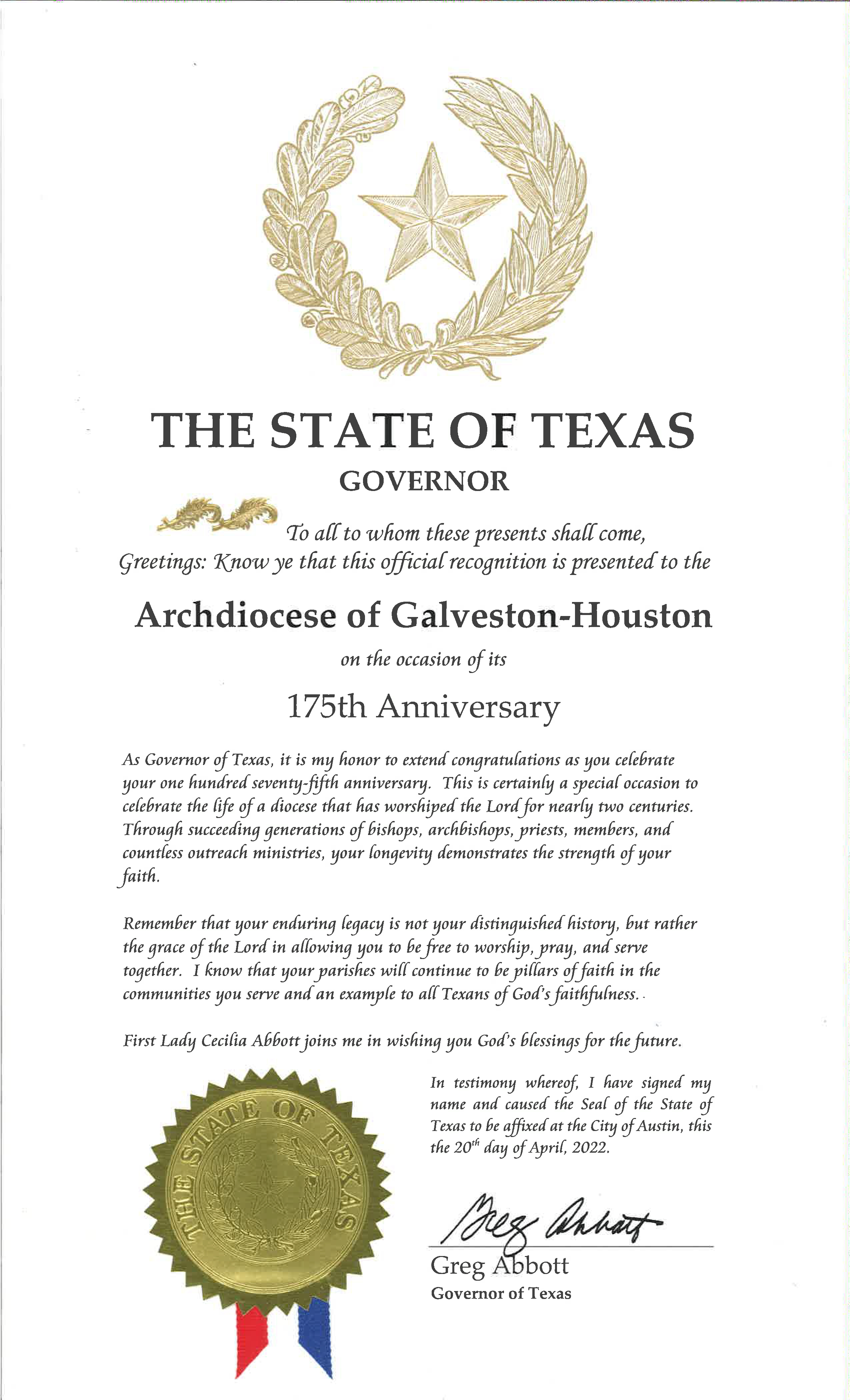 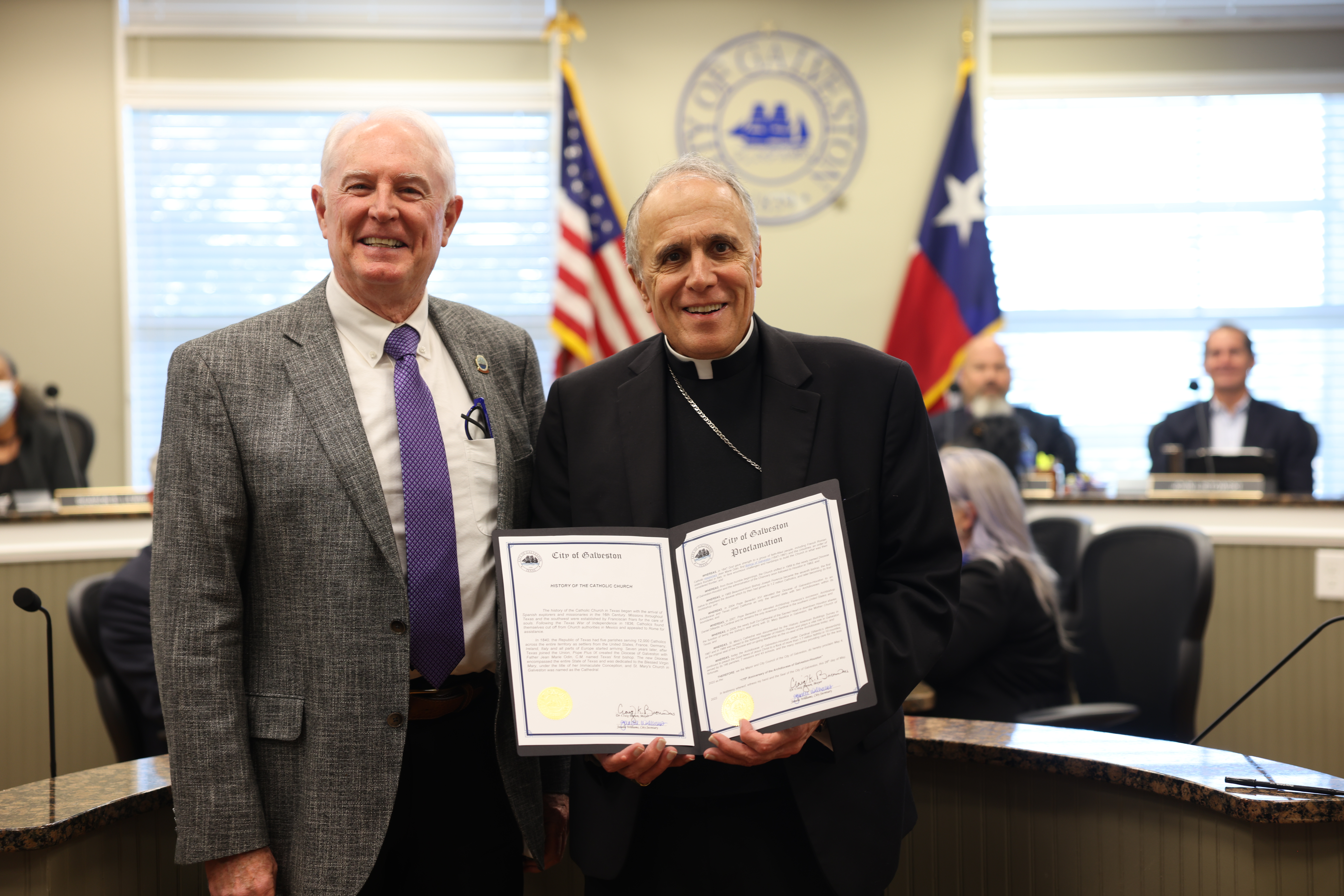 On May 4, 1847, the Apostolic See in Rome established the new Diocese of Galveston “when the number of souls” grew in the Texas frontier. The first bishop in Texas, Bishop Jean Marie Odin, along with the Ursuline Sisters, made it their mission to form the area Catholics in their faith and to educate Catholic children. Together they built upon the foundation laid by Franciscan missionaries ministering in Texas since the 17th century. As Pope Francis would remind us, they brought the Lord Jesus to the people on the peripheries.

Today, the Archdiocese of Galveston-Houston, led by Daniel Cardinal DiNardo, preaches the Good News of Christ to a flock of more than 1.7 million faithful in 10 counties, served by its 146 parishes, seven missions, 57 Catholic schools and multiple ministries providing healthcare and other services for those in need.

Mayor Sylvester Turner and the Houston City Council honored the Archdiocese of Galveston-Houston with a proclamation celebrating its 175th anniversary.

Read the full article in the Texas Catholic Herald

Deacons celebrate 50 years of serving God and His people in Houston - September 13, 2022